Music starts at 6:00 p.m. and is made possible by F&M Bank and Stone, Rudolph & Henry, PLC. Food trucks will be onsite, but guests may also bring a picnic or cooler. 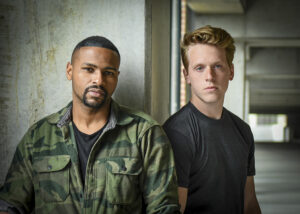 Steven Battey and Cole Burkett teamed up in 2020 to create the urban/country duo, Exit 216. Before the partnership, Steven worked with Luke Combs and their third release “One Number Away” garnered the #1 song on Billboard Country charts and ASCAP Song of the Year Award in 2019. He also made history as one of the most relevant and influential African American contributors to current country music. By the time Cole was 19, he already had a strong catalog of songs and began working with some of Nashville’s top writers and producers. People were starting to notice the gift he had, not only as a natural songwriter but as a premier vocalist and player. After a few songwriting sessions together, the strength of their music was undeniable.  The summer release of their first single “Brother” speaks for itself. Exit 216 is more than a duo hoping to impact the music industry, they hope to unify and inspire listeners to also create change. 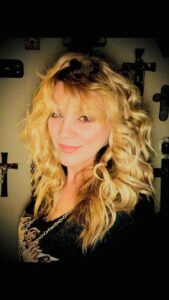 Bekka Bramlett is an American singer, songwriter and prolific session background singer. She has been a member of Mick Fleetwood’s band the Zoo (1991–92), Fleetwood Mac (1993–95), and the country duo Bekka & Billy, with Billy Burnette (1996–98). She released a solo album of demo work in 2002 for fans who attended her shows. 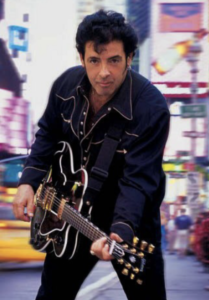 Billy Burnette is the epitome of a rock star – he exudes talent, good looks, and the rock star aura wherever he goes, and understandably so, given his journey as a musician, singer, songwriter, guitarist.

Born in Memphis, Billy has amassed four decades of experience recording music, writing songs, and performing since embarking upon his career at age 7. By 13, the young Burnette was entertaining the troops with Brenda Lee in the Far East.

Shortly after signing on with Columbia Records, Burnette met Mick Fleetwood (of Fleetwood Mac).  The two musicians became fast friends and formed the band Mick Fleetwood’s Zoo in 1983. The Zoo was a Hollywood star-studded jam band, sometimes joined by artists such as Stevie Nicks, Roy Orbison, Bob Seger, Eddy Van Halen and others.

Burnette toured with Fleetwood Mac between 1987-1995 and appears on such records as: The Chain, Fleetwood Mac/Greatest Hits, Behind the Mask and The Very Best of Fleetwood Mac.

At the height of his Fleetwood Mac stint, Billy’s songs were being recorded by such famed artists as: Roy Orbison, Ray Charles, Rod Stewart, Cher, Faith Hill, and Greg Allman.